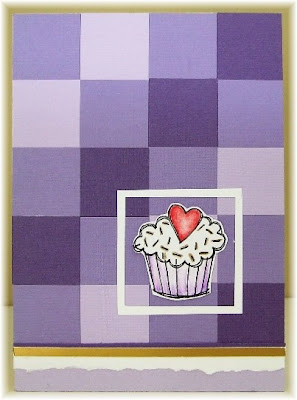 I bought a set of clear stamps yesterday. I don't like clear stamps. I like wood mounted stamps. I'm an old dog who is very satisfied with my old tricks! It was this cupcake's fault. Actually it was Lisa's fault for showing me the cupcake. Her cards are always fabulous and now she's on the "cupcake" kick. I'm so annoyed with her. And then there's Dawn. She just had to give me directions to Archivers and had the nerve to suggest we meet there yesterday. What's up with that? ? 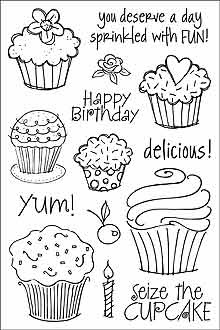 Now let's talk about why I had no choice but to get the clear set of cupcake stamps and not the wood mounted cupcake set. Everybody gets a little of the blame here-- except me of course. I'm holding Hero Arts responsible for most of the damage. They created 6 of the cutest cupcakes in the world, 5 sayings, and 3 cupcake toppers all in one set of stamps. With a little masking, I can have a candle, a flower, or a cherry on top of the four that don't already have something up there. This set is so versatile. How silly is that?? Each cupcake in the wood mounted set of 4 is what it is. There are two birthday cupcakes, one with a flower and the one with the cherry... It's locked in. You can't be flexible. Back to Lisa. Again, Lisa, made those cute cards. Not that I would duplicate her cards, but why couldn't they have inspired me to go and use the cute little cupcake stamps I already own. But NOooooo. Her designs were so adorable, I had to have the exact same ones. Now let's talk about Archivers. Oh it was worth the almost 1 hour drive to get there. They had the nerve to have the very same set of cupcakes in stock along with a whole wall of clear stamps-- Stampendous, Hero Arts and others. I wouldn't allow myself to look too closely. After all I came on a mission to get those cupcakes. Dawn is to blame too. Dawn, who wouldn't accept no when I tried to decline, gave me a 30% off Archivers coupon (the meanie) so I had to use it on this set. It's a conspiracy, I tell you! This is my story and I'm sticking to it!
What am I afraid of? Staci and Karen might remember the old days when I was a scrapbooker and a card maker --all without the use of rubber stamps, thank you! Karen went to her sister's house in another land (or state) and came back all excited about "rubber stamping". I refused to watch her stamp and emboss. After all, I had seen Carol Duval do it and I was afraid that if I saw it in up close and personal, I would have to have it(all). It took her about 4 months to convince me. I know me. I was sure that if I liked this whole idea of rubber stamping, it would be like Lays Potato Chips, I wouldn't be able to stop at one.( How many times can you color the same image without going nuts?) You've seen my organized stamp room. (--truth is I took pictures on the one day that it was completely organized) If I like clear stamps, I'll have to start a whole new system of organization. I already told you that I don't like new tricks....
You know it's all a mind game I have to play with myself. Stamping is addicting! I have to stop the madness somewhere...even if it's with my own special form of madness! Look out Paper Trey Ink!

Now that I've gotten that off my chest, I'll tell you all about this card.
The Hero Arts heart cupcake was colored with Prismacolor pencils and blended with a Prismacolor colorless blender pencil. I colored the entire heart a very light shade of pink. I used a light color and a light touch. After that I applied the red only to the outer edges. I used the blender pencil in a circular motion to blend the colors together. 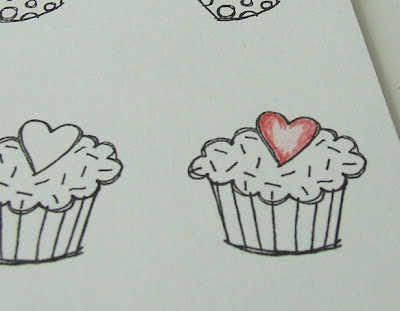 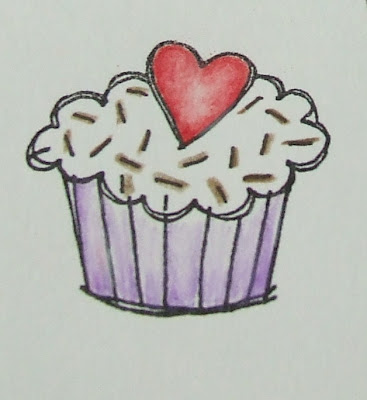 The background was created with 1 inch squares of Bazzill Monochromatic textured card stock. I put the entire card through the Xyron. Once the whole front was sticky, I placed my one inch tiles in a predetermined pattern. Finally, I put a 1/2 inch strip where the tiles left off.
ETA: Answers to Kathy's questions. Archivers is more than worth the 45 minute drive. I do like the quality of the Hero Arts clear stamps and I really didn't want to like them.(wink) I'm not crazy about the Studio G clear stamps I bought from the $1.00 bin at Michaels . To be fair, I only tried two sets, but I had a hard time getting a clear impression with them. I do have clear stamps that I bought years ago, maybe 5 or 6 years ago from Diakonos stamps before clear stamps were wildly popular. The problem is I don't use them because they are in a drawer marked "Acrylic Stamps". All my other stamps are stored by theme. I do have a problem with the smell. I can't wait for that to go away. It really makes me nauseated.
--And another note. It's not just clear stamps that I don't like. It's anything unmounted. I like mounted stamps because I already have a system for organizing.
Deb, I'll let you know the next time I'm headed to Archivers. Maybe I can pick up something for you?
Posted by Jacki Marie at 2:03 PM

You are hilarious! Ok, I've gotta go now - gotta' go invest in some of the clear stamp companies - I have a feeling their stock is going to be going up in the next while!!! ;)

Now I see why the sandwhich was burned, LOL. I love this set and have been eyeing it myself.

Clear stamps aren't that evil, once you get the hang of them.

Have fun with the cupcakes! Let me know what else you come up with.

OK...FIRST of all...sweet Lisa is NOT to blame. Second of all...sweet Dawn is not to blame either. Look, it's 2008...clear stamps CAN be your friend. One can never have too many friends. Right Lisa? :-)

Let's just say, we were merely trying to help you...uh,expand your horizons. Yeah, that's what we were doing, lol. I, personally, was merely trying to help. I haven't been to Archivers in a few weeks...you've NEVER been to this one. So DUH...why not go together? I don't see a problem. I think you're just mad because I only spent $2.11!

First off, I love your card (the cupcake, the purple, the use of the cardstock squares). I just got the Hero Arts catalog and have *a lot* of sets on my wish list; I was wondering about the quality of their clear stamps. So would you give them a "thumbs up?" I also just got an Archivers flyer in the mail; I've never been to one before and wondered if it was worth the 45 minute drive...sounds like it is....and I don't mean to enable you, but you really, really need to give PaperTrey Ink a try. Their stamps are wonderful and service exceptional. (All of this coming from someone who thought they would never touch anything but a rubber stamp). :) Thanks for sharing your pretty card.

Well, any port in a storm! or stamp in the ink...I also prefer good old rubber and wood. But, some of the clear stamps are just soooo cute! I have been drooling over that very same set AND the Inkadinkidoo bird set. But, my nearest Archivers if 1 1/2 to 2 hours away. (Sigh with hand on head)I'm glad someone I know has it:) Have fun!

I know why you were sucked into the clear stamp world - - those cupcakes are just too darling and absolutely perfect for coloring. I have lots of unmounteds and am starting to get more clear ones. I like them because I can see exactly where I'm putting the impression, especially when decorating an envelope. Try it and see.

Jackie, I have become an unmounted stamp person, especially Papertrey, but I still love my rubber ones as well. I am unmounting all my retired SU ones that I cannot part with because of the room issue. With using the clear ones, you can see exactly where you are stamping! Your cupcake card is adorable! 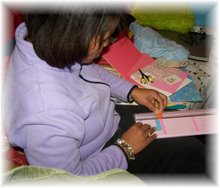 I can make a card anywhere!

1 prin·cess : a female member of a royal family; especially : a daughter or granddaughter of a sovereign. : noun --
I'm a princess because I'm a child of the King of Kings. Romans 8: 9-16.
Verse 16 says,"The Spirit himself testifies with our spirit that we are God's children." --
If you are not a princess (or prince) but would like to be, email me and let me share with you how you can have a relationship with Jesus Christ.

Sons and Daughters of the Princess 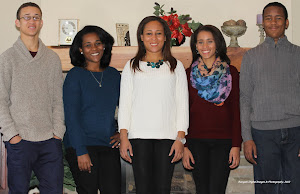 They still inspire me....

Anybody Wanna Pray With Me?

To live a creative life, we must lose our fear of being wrong. Joseph Chilton Pearce

Welcome to the Card Castle!

The Card Castle is the name we gave the room I call my office or craft room at home. This blog is a glimpse into my life thru my card making. Because making cards is sometimes a necessity and always therapy, I make cards almost daily. Please be sure to leave a comment or email me (thecardcastle@yahoo.com) and let me know you stopped by. Be Blessed and Choose JOY!!

Biblegateway's Verse of the Day

Brilliant illustrator and genius behind the fabulous banner

R U A CSSC?
Powered By Ringsurf